A production version of the first BMW M3 appeared unintentionally, since it was originally designed exclusively as a racing car for specific competitions. But the successful design, ease of steering, reliability and visual appeal made the Bavarians introduce this car to the broad masses.

The first BMW M3 was introduced in 1986 as a sports car based on the BMW E30’s platform. First, the manufacturer presented a two-door coupe, followed by a convertible that appeared a couple of years later. Compared to the base E30, the M3 had a stiffer body and a lower drag coefficient, 0.33 instead of 0.38. The M3 was equipped with a 4-cylinder 4-valve engine producing from 220 to 238 hp, developed by professional race car driver Alexander von Falkenhausen. The 62-liter tank grew to 70 liters, while the trunk volume decreased from 425 to 404 liters. The interior of the sports car was ascetic and simple.

The BMW M3 was designed exclusively for DTM (Deutsche Tourenwagen-Meisterschaft) racing as a competitor to the Mercedes 190 E 2.3-16. But the model turned out to be so successful that it caused a stir in the market and sold like hotcakes. Moreover, the M3 showed excellent results at the races. Production of the first generation continued until mid-1991.

The second version of the M3 (E36) was introduced by BMW Motorsport GmbH in 1992. Unlike the purely sporty M3 E30, the M3 E36 was designed for a wider target audience. But the sporting spirit and look were preserved. The M3 E36 was equipped with the most modern high-speed in-line 6-cylinder engine (BMW S50) with an output of 286 hp and a torque of 320 Nm. The engine was so dynamic that the chassis and braking system had to be redesigned.

The car featured a MacPherson strut suspension with reinforced spring plates and steering knuckles at the front. The rear axle had a center arm, which was first used on the Z1. However, the trailing arms had to be adapted to the higher performance. Shock absorbers and stabilizers were much tighter tuned. The M3 was exactly 31 mm deeper than the ‘regular’ 3 Series coupes.

In early 1994, the manufacturer introduced a new M3 convertible with innovative safety technologies, and then a 4-door sedan. In 1995, the second generation M3 received an even more powerful 3.2-liter 6-cylinder engine with an output of 321 hp and a torque of 350 Nm. The second generation became even more popular than the first one, as a driver didn’t need to be a racer to drive it (although the E36 could easily cut asphalt if desired). Several special more powerful and more comfortable versions were released. And, in general, it was then that the BMW M3 became legendary.

Produced from mid-2000 to summer 2006, the BMW M3 (E46) looked completely different. It became much more elegant, aerodynamic, functional and precisely balanced. The car became about 40 mm wider compared to the previous model due to the front track of 1,508 mm (rear track – 1,525 mm). The wheel arches also had to be widened by 20 mm each to accommodate the standard 18-inch wheels.

The E46 was equipped with a 3.2-liter in-line 6-cylinder engine (BMW S54) with an output of 343 hp. The car has received a number of technical innovations, such as an adjustable differential lock, floating integral braking system on the front and rear axles. The acclaimed BMW M3 CSL ‘Coupé Sport Leichtbau’ was produced within the E46 series from mid-2003 to the summer of 2004. It was both more powerful (360 hp), and lighter, and literally shocked even true BMW fans with its dynamics.

The fourth-generation BMW M3 was available in three body styles: coupe (E92) - from 2007, convertible (E93) - from 2008, sedan (E90) - from spring 2008. Using the experience received when developing the M3 CSL, BMW managed to reduce the weight of the new M3. To do this, they developed a standard coupe roof made of plastic reinforced with carbon fiber, installed thermoplastic bumpers and an aluminum hood, and even made the engine 15 kg lighter. However, the result was controversial, as the coupe was 100 kg (1,655 kg) heavier than the previous model. The convertible and sedan were slightly lighter. The fourth generation BMW M3 had several limited special versions: lighter and more powerful.

But in any case, the fourth M3 is a great car in terms of its technical characteristics and visual appeal that confidently entered the competitive battle with the Audi RS4 and RS5, Mercedes-Benz CLK 63 AMG and C63 AMG. The car featured an 8-cylinder engine with an output of 420 hp and a torque of 400 Nm. Thanks to this powertrain, the M3 became the fastest production car ever built by BMW.

At the same time, the fourth generation BMW M3 was also very reliable. Auto Bild magazine carried out an endurance test over 100,000 kilometers with an M3 Coupe. The car never failed. The narrow access to the rear seats and the transmission rattle were among the flaws revealed by the test. Moreover, at the end of the endurance test the clutch felt as if it would have to be replaced soon. But the car behaved flawlessly on the road.

The fifth version of the M3 is only available as a 4-door sedan, which is aimed primarily at the US market. Because technically close coupe (F82) and convertible (F83) received the M4 designation. The new M3, based on the BMW F30, was a truly beautiful, aggressive and spectacular car. Similar to a vicious strong shark, the M3 was immensely popular and respected for its outstanding dynamics.

It featured a 3.0-liter in-line 6-cylinder engine with two turbines with an output of 431 hp and a torque of 550 Nm. With it, the M3 could accelerate from 0 to 100 km/h in 4.1 seconds, depending on the transmission. It was possible to choose between a 6-speed manual and a 7-speed dual-clutch transmission. At the same time, the new turbocharged engine consumed less fuel than the high-speed engine of the previous generation: 8.8 or 8.3 liters per 100 km, which is 25% less than the fourth generation M3.

The developers of the M3 (F80) continued to work on reducing the weight of the model. For the first time, the sedan had a roof made of carbon fiber reinforced plastic, which reduced the weight by 5 kg. The CFRP propeller shaft and numerous forged aluminum chassis components made it possible to reduce curb weight by an additional 60 kg compared to its predecessor. The latest rear locking differential improved traction and stability when changing lanes and accelerating on a straight road, at high cornering speeds and in difficult road conditions. The fifth M3 featured a host of state-of-the-art options such as Automatic Gear Selection, Launch Control, Low Speed Assist, Start-Stop and much more.

In 2020, the sixth generation of the M3 sports sedan (G80) was released. In practice, this is a completely new car that has accumulated all the achievements of the previous five generations. It has become more futuristic, sharply embossed and athletic. Of special note are meme-worthy giant nostrils. The closest competitors of the 2020/2021 BMW M3 are the Mercedes C63 AMG, Alfa Romeo Giulia Quadrifoglio and Cadillac CT4-V Blackwing. In some individual characteristics, these cars can surpass the M3. But if you sum up all the qualities, the new M3 surpasses them all combined. And according to reviews, it is almost an ideal car for dynamic driving.

The 2020/2021 BMW M3 Sedan is powered by a 3.0-liter inline-6 twin turbocharged engine. The regular version transfers an incredible 473 hp to the rear wheels, and there is also an M3 Competition version with 503 hp! The car accelerates from 0 to 100 km/h in an incredible 3.3 seconds. The entry-level version comes standard with rear-wheel drive, but the sedan is also available with an all-wheel drive system. Each M3 has adaptive dampers and an adjustable brake pedal.

The interior has not undergone major changes in comparison with the previous version. The new BMW M3 has more carbon fiber elements. The controls are centered on a 12.3-inch digital dashboard. Moreover, when changing the driving mode, the driver can see new devices that are more useful specifically for this mode. Taking into account the sporty focus, the M3 sedan is quite large, its trunk has a volume of 0.4 cubic meters, and there is enough rear space for two tall adults.

The M3 was originally created as a sports car, therefore it is structurally safe and has a huge margin of safety. The newest BMW M3 has inherited all of these qualities and, in addition, received modern options:

Will you choose the new BMW M3 or a competitor?
BMW M3 3.0 MT
More details

Origins of the popular German brand. What do the letters "BMW" and the numbers in the name of the models mean? We will tell you why BMW and Mercedes-Benz are competing.
Reviews

Find out more about movies that have seriously damaged cars. Let’s sympathize with sports cars, destroyed for the sake of a good shot.
Reviews

The popular 2 Series has finally changed a generation. Let’s find out more details about the resulting model with a new chassis, accelerating to 100 km/h in 4.3 seconds.
Reviews

ETA 02. How to transform the BMW 1 Series into the legendary BMW 02

The Bavarian company Everytimer Automobile has brought back an open-top version of the legendary BMW 02. The retro-convertible ETA 02 is based on the BMW 1 Series.
All articles about BMW 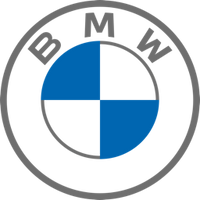 A hypercar capable of traveling at speeds over 500 km/h. This is the fastest production car in the world (to date).

It seems like only yesterday this hypercar made its world debut… And now we have to say goodbye to it. Keep on reading to discover some interesting details.

This hypercar has brought the world back to a high-speed arms race. Unmatched power, speed and cost…