The Skoda Enyaq Coupe iV is a coupe-like version of the Enyaq iV electric SUV, the serial production of which is expected in early 2022. According to the well-established tradition, a popular SUV is followed by a fashionable coupe-like model. So, by and large, the new Enyaq Coupe iV is the Czech analogue of the Audi Q4 Sportback e-tron and the Volkswagen ID.5. The Skoda Enyaq Coupe iV will be officially presented before the end of 2021. All of the above listed electric vehicles are not officially supplied to Israel.

Around 70,000 orders have been placed for the ‘regular’ 2020 Skoda Enyaq. Thus, inspired by its popularity, Skoda has been preparing the new Enyaq Coupe iV for a whole year. ‘We have made a great start on the international market with our all-electric flagship Skoda Enyaq iV. Media reaction has also been positive. We are now looking at a more emotionally designed variant of the Coupe iV,” said CEO Thomas Schäfer. The usual Enyaq iV is now estimated at 33,800-47,000 euros. The price of the coupe-like Enyaq Coupe iV is still unknown. The electric vehicles are not officially supplied to Israel.

In September 2021, the manufacturer announced the characteristics of the new Czech crossover coupe. The production Enyaq Coupe iV differs from its counterpart not only in silhouette, as the new streamlined shape of the rear end slightly improved aerodynamics, and the coefficient is 0.247 (-0.003). The 2022 Skoda Enyaq Coupe iV is 4,653 mm long, 1,879 mm wide and 1,617 mm high, and has a wheelbase of 2,765 mm. The crossover coupe turned out to be 4 mm longer and 1 mm higher than a conventional electric SUV (the width and distance between the axles are the same). The trunk volume has been reduced by 15 liters to 570 liters.

The entry-level version will feature a panoramic roof. Wheel sizes vary from 19 to 21 inches. Diode optics are standard, but you will also have to pay extra for the matrix headlights, as well as for the illumination of the radiator grille.

A more streamlined silhouette has made it possible to increase the declared driving range. The most ‘long-range’ version will be able to drive 535 km within the WLTP cycle against 520 km. Unlike the regular Enyaq with five combinations of electric motors and batteries, the new Skoda Enyaq Coupe will receive only three versions at the start of sales.

Škoda. If you want a thing well done, do it yourself

Legendary Czech brand with a century of history, which has come a long way from bicycles to iconic cars. Discover some interesting facts.
Reviews

The restyled SUV offers you a redesigned exterior, improved aerodynamics, as well as standard diode headlights. Keep on reading to discover more.
Reviews

Škoda Citigo. Go to the City!

The Citigo is a compact car manufactured by the Czech brand Škoda for dynamic driving through the narrow streets of big cities. Keep on reading to discover more.
Reviews

The Kodiaq RS is Škoda’s first SUV with the RS index, a dynamic, fast, sophisticated modern vehicle. Keep on reading to discover more.
All articles about Skoda 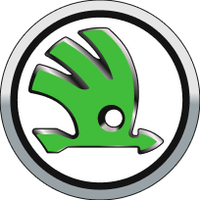 The restyled SUV offers you a redesigned exterior, improved aerodynamics, as well as standard diode headlights. Keep on reading to discover more.