Legendary cars by Nuccio Bertone
Place for free Log in

There is fashion and there is Style. There is design and there is High Art. There are just cars, and there are Cars, painted and designed by Bertone. The Bertone studio is a trendsetter of the Italian (and not only) automotive style of the twentieth century. The Fiat, Alfa Romeo, Aston Martin, Lamborghini, Lancia, Maserati, Ferrari, EMG, BMW, Jaguar, Ford and even Volvo cars styled by Bertone have become synonymous for impeccable taste all over the world. And all of them, touched by the hand of the great Master, are forever in our hearts. Creating their models, Bertone designers boldly rethought the very architecture of the car, improving forms and lines. That is why not only automotive experts can see value in their creations, but also everyone who is not indifferent to the spirit of Great Beauty. Some of Bertone’s works are recognized as true masterpieces of art. Thus, the Lamborghini Miura took part in the historical project of the Museum of Modern Art (MoMA) in New York. The Alfa Romeo Montreal by Gandini (originally from the Bertone studio) was presented as a Dream Car at the 1967 Montreal World’s Fair. It was called ‘the incarnation of the ultimate human ability in the automotive industry.’

Therefore, when I had the opportunity to visit the exhibition ‘100 Years of Italian Style Cars of Nuccio Bertone’, featuring exhibits from the National Automobile Museum in Turin, the Bonfanti-Vimar Museum and other private collections, I did not just go there, but literally flew on the wings of a Dream in anticipation of a Miracle! As usual, no miracle happened, as there were too few exhibits and even fewer legends… Either because they could not bring more due to the COVID or because initially they did not plan to arrange a large exposition, but anyway those six models presented at the exhibition were enough for me to get, if not an orgasm, then vivid pleasure.

Who is Nuccio Bertone?

Italian Giovanni Bertone founded a small car studio Carrozzeria Bertone more than a century ago, in 1912. His son Giuseppe ‘Nuccio’ Bertone took over his father’s business immediately after the end of World War II, at the age of 19. When Nuccio replaced his father as head of a small family business, it became clear that the future belonged to cars. He put everything he could into new equipment. Back in 1921, the company produced the first car body. Nuccio Bertone constantly worked for the future, thinking over not only what was in demand by car companies of that time but also the style that could be in demand in the future. Among other things, he created his own design school, and many talented designers, who later became world famous, studied at the Bertone school.

Who did work with (or for) Bertone?

And may those whom I have not named forgive me…

Marcello Gandini is the head of the Bertone Style and Prototyping Bureau with provocative and even reckless imagination, the creator of the 1966 Lamborghini Miura, Alfa Romeo Montreal, Lamborghini Espada, the futuristic Lancia Stratos concept car and the iconic 1971 Lamborghini Countach.

Giorgetto Giugiaro is a famous and legendary designer who created the 1960 Alfa Romeo 2000 Sprint coupe and the prototype of the 1962 Chevrolet Corvair Testudo rear-engine coupe, he created the 1964 Canguro concept car based on the Alfa Romeo Giulia TZ with a tubular frame and a small Fiat 850 Spider shown at the 1965 Geneva Motor Show. He became the head of the Ghia Style and Projects Center.

Mario Revelli di Beaumont created hundreds of innovative bodies, invented the monoblock body and developed the Fiat 1500 and many other models, including the presidential limousine for Charles de Gaulle. He became Chief Engineer of GM’s Future Design Studio.

Franco Scaglione was far ahead of world design trends, took part in the development of the Giulietta Sprint and designed a real masterpiece, the 1967 Alfa Romeo 33 Stradale.

The first Alfa Romeo production model, created by Franco Scaglione, a key example of Bertone’s style. It was this model that determined the source code for the coupé design during the years of Italy’s economic revival. It lied at the root of the production of ‘Berlinetta’, that’s how the Italians call a coupe body. The Bertone studio built the body of the cars, after which they were delivered to Milan to the Alfa Romeo plant by an auto transporter. But the interest in this coupe was so great that Nuccio Bertone decided to transfer production to new workshops near Turin, and there they began to produce the Giulietta from top to bottom. A total of 176,134 cars were manufactured from 1954 to 1965, including 24,084 Giulietta Sprint coupes and 3,058 Giulietta Sprint Veloce coupes.

That’s the Giulietta wooden model. It helps to understand how the coupe design was created and embodied in metal. This exhibit was personally donated by Nuccio Bertone to the National Automobile Museum in Turin. It should be understood that this is not just a model, it is a “caliber gauge”, a tool designed to control the accuracy of body panels manufacturing.

The ‘Espada’ can be translated from Spanish as a sword, the one used by the bullfighter to slaughter the bull. Feruccio Lamborghini named his cars after bulls, or at least other elements of Spanish bullfighting. The Espada, created by Marcello Gandini in 1968, served as a conduit for a new idea for that time of a large four-seater coupe, which guaranteed its passengers the highest level of comfort. In general, Bertone’s alliance with Lamborghini has been incredibly fruitful. Their collaborative cars have become design and engineering legends.

With this coupe, Gandini developed an idea previously tested on the Lambo Miura, a bonnet that opens along with the fenders. The designer even came up with a special term for all this: ‘kofango’, made up of two words: ‘kofano’ (hood) and ‘parafango’ (wing). This ‘wing-hood’ hid a 4-liter V12 engine with 350 hp. As a result, the Lamborghini Espada became one of the fastest cars of its time with a ‘living room on wheels’ reputation. There was even a TV inside! From 1968 to 1978, 1,217 Espada cars were produced, which literally became the ‘breadwinners’ of the brand, which ensured its financial well-being.

This is the very ‘Dream Car’ first shown at the 1967 Montreal World’s Fair. It used nodes and power units from the Giulia Sprint GT and Giulia Ti. It was designed by Marcello Gandini. There were slots, rhythmically dissecting the B-pillar. This car was called “the incarnation of the ultimate human ability in the automotive industry.”

Another Gran Turismo coupe that debuted at the 1969 New York Auto Show. Gandini has a difficult task to reflect the character of a woman in the car… After all, the car was conceived as a Christmas present for Rachelle (Lele), the wife of the owner of the company Pierre Rivolta. That’s very sweet! It is not known to what extent the paradoxical design reflected the character of Lele Rivolta, but the stamped bar on the side of the body, repeating the contour of the windows is very impressive… Apparently, the lady was extraordinary!

The exhibition also featured a couple of Volvo cars. The Swedish company has traditionally hired Italian studios to create modifications to the coupe. Bertone provided both consulting services on the creation of product models and itself ‘fine-tuned’ coupes and long-wheelbase limousines.

The 1989 Volvo 780 Bertone coupe is probably the most luxurious model in the history of the Swedish brand. Volvo itself preferred to call it the ‘two-door touring sedan.’ The interior was distinguished by the highest quality of finishing: decorative sandwich panels were made of 11 layers of beech veneer and an outer layer was made of selected elm, at least 20 m² of first-class leather in two colors were used. In total, 8,518 units were built from 1985 to 1990.

That’s another coupe, the 1977 Volvo 262 °C. Volvo did not have its own production facilities for the production of a coupe, so unfinished models (subassemblies) came from Sweden to Turin in Italy, the Italians themselves shortened the body, installed a new roof, doors, and a wind frame. Until the summer of 1980, 6,622 of these coupes were built.

Well, in order to ‘break the coupe monotony’, we were shown a cute funny scooter. The design was created by Gandini in 1968. He believed that this is what a vehicle for young people should look like in the new era. The exhibition featured the personal scooter of Nuccio Bertone’s daughter.

The exhibition ended with the Nuccio concept car, created for the 100th anniversary of the Bertone studio and presented at the 2012 Geneva Motor Show. The Bertone Nuccio is built on the components and assemblies of the Ferrari F430 supercar with a central arrangement of a 4.3-liter V8 engine with 490 hp. Its lines echo the famous Lancia Stratoc O prototype, invented by Marcello Gandini in 1970. The futuristic car designed by Mike Robinson has absorbed the entire history of the body studio, but at the same time, according to the established tradition, it is directed to the future, as was the will of the great Bertone. Unfortunately, Bertone himself did not see its birth, as he died in 1997.

What’s the point of such exhibitions?

Visiting such an exhibition is not just about enjoying beautiful, refined forms, gasping in surprise, photographing and posting photos on Instagram. These cars are a living testimony to high achievements, continuous creative research and evolution. The Bertone concept cars, which served as prototypes for future cars, were far ahead of their time, long before the birth of Elon Musk. In my humble opinion, almost any work of the Italian genius of automotive design Giuseppe ‘Nuccio’ Bertone is more effective and functional than the famous Cybertruck. Bertone was constantly in search of new forms, trying to create something unusual, and often foresaw, if not even created the future in the framework of automotive design. A collection of sketches and photographs of early models traces the path that Italian car design took in the 20th century.

To our great regret, we did not see, but I really want to see ‘live’ the creation of the great Gandini, the Lamborghini Miura, the first production supercar for ordinary roads and, of course, the Lamborghini Diablo, Lancia Stratos and Lamborghini Countach, as well as the Alfa Romeo Tipo 33 Stradale by Scaglione (considered by many to be the most beautiful car ever produced in the history of the automotive world). Apparently, for this you have to go straight to the National Automobile Museum in Turin.

We will not ask who of them is the greatest or the most ingenious. It is not right. We will ask a different question… Does the modern world need Great Automotive Designers?
Lamborghini Countach 3.9 MT
More details

Let’s find out more about racing victories and awards. What does the Alfa Romeo logo symbolize? What does the clover leaf mean? How do the modern models look?
Reviews

Lamborghini. Incarnation of speed and wealth

Discover the story of the famous Italian supercars. Let's figure out what Ferrari and the Spanish bullfight have to do with it, why all the cars were decorated with the bull logo.
Reviews

Lancia. A story of ups and downs

Glory and success, racing victories and iconic models. And now these cars have become almost exotic. Let's figure out why this happened.
Reviews

We have long wanted to know why the famous Volvo cars from Sweden are considered the safest in the world. Keep on reading to find out.
Reviews

Discover the top 10 most beautiful Lamborghinis, starting from the beginning of production to the present day. Choose your favorite! 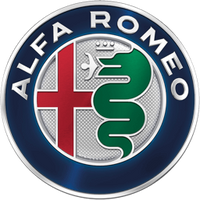 The M3 comprises a whole six generations of sports cars known for their speed and ultimate reliability. Keep on reading to discover more.

The Maybach 57 is a luxury sedan and limousine, the pinnacle of the German automotive industry in the luxury car segment.

Stylish, dynamic shapes and rear drive wheels powered by a 5.0-liter engine. The Lexus RC F can accelerate to 100 km/h in 4.5 seconds and offers you a luxury interior.