Winning the title of the best car is very honorable. However, the participants are very different. In 2021, the Toyota Yaris hatchback won the award. In 2020, it was the Peugeot 208, the Jaguar I-Pace won in 2019, and the Volvo XC40 was named the best in 2018. The jury comprises experts representing Great Britain, France, Germany, Italy, Spain, Czech Republic, Greece, Turkey, Russia, Scandinavian and other countries. It is still unknown which car will be the named the Car of the Year 2022. But each car is worthy of this title.

The European Car of the Year is an international automotive industry award given by a group of professional European automotive journalists. The Car of the Year competition has been held since 1963, founded on the initiative of the Dutch magazine Autovisie. The 2022 competition is open to new vehicles and those sold in at least five European countries by the end of 2021. The jury consists of 61 judges from 23 countries, the winner is determined in two stages by simple voting. The second stage of voting will take place in 2022. The results will be announced in Geneva on February 28.

The contenders for the title of the European Car of the Year 2022 are: Cupra Born, Ford Mustang Mach-E, Hyundai Ioniq 5, Kia EV6, Renault Megane E-Tech, Skoda Enyaq iV and Peugeot 308. Interestingly, last year the list of finalists contained only two all-electric cars: the Volkswagen ID 3 and the Fiat 500 Electric. The current finalists, except the Peugeot 308, are all electric vehicles! But Peugeot also has a hybrid version. Let’s take a closer look at each of the models. But it’s up to you to decide which one is the best. In the end, it doesn’t matter what the jury says, the main thing is what people think. Don’t forget to vote at the end.

The Cupra Born is named after a district in Barcelona (Spain). The model debuted in May 2021, and it is a sportier version of the Volkswagen ID.3. The car is also a five-door hatchback and is based on the same MEB modular platform. This is a medium-sized car (body length - 4,322 mm, wheelbase – 2,765 mm) with rear-wheel drive and a rear-mounted electric motor. The Cupra has a more aggressive exterior design, different lighting equipment and regular 20-inch wheels, as well as a slightly different interior. The car features all fashion trends: the seat upholstery made of recycled materials, as well as a large 12-inch media system screen.

As for a powertrain, the Cupra and Volkswagen models share the same 150 hp electric motor and traction battery with a capacity of 45 kWh. There are also more powerful versions featuring a 204 hp engine and a battery with a capacity of 58 kWh; the torque of both is 310 Nm. In the first case, the promised driving range is 340 km, whereas the second unit offers up to 420 km. You can order a version with a battery capacity of 77 kWh, which provides a driving range of 540 km. Using a fast charger allows you to charge the battery up to 80% in 35 minutes. In Israel, the model is not available, as well as the Volkswagen counterpart.

Released in November 2020, the Mach-E Mustang has already won the North American SUV of the Year 2021 award. ‘Mustang’ is quite an unusual name for a crossover, but such are the realities of these years. Based on the usual Ford Focus, the vehicle has even kept the MacPherson strut front suspension and has borrowed a multi-link suspension from the real Mustang. According to the latest trends, there are buttons instead of door handles, so you can open the vehicle using your smartphone.

The vehicle is 4,712 mm long, 1,881 mm wide and 1,597 mm high, and has the wheelbase of 2,984 mm. The model is available with two battery sizes and three power options. The rear wheel drive versions come with 266 hp engine and a 68 kWh battery, whereas the 290 hp engine is paired with an 88 kWh battery. Both modifications accelerate to 100 km/h in 6.1 seconds, and the driving range reaches 370 and 480 km, respectively. The all-wheel drive version is available with two engines and the same batteries: 68 kWh plus a 266 hp engine and 88 kWh plus a 346 hp engine. The driving range: 340 and 435 km, respectively. The vehicle is produced in Mexico and China, but is not currently available in Israel.

Another example of how trends rule. An electric crossover hatchback, Ioniq 5, was created on the basis of the Ioniq hatchback. The car boasts a large wheelbase (3 meters) and a spacious interior, a movable center console and fast charging. By the way, using 350 kW stations, you can charge the battery from 10 to 80% in less than 20 minutes. The car has several versions with different battery capacities and with one or two electric motors.

The Ioniq is 4,635 mm long, 1,890 mm wide and 1,605 mm high. The car is available in Israel in two versions. The rear-wheel drive version is equipped with an engine producing 218 hp and 350 Nm, whereas the all-wheel drive version features an engine with 306 hp and 605 Nm. The driving range depends on the configuration and varies from 430 to 481 km, while the acceleration from 0 to 100 km/h occurs in 7.4 seconds for a monodrive version and in 5.2 seconds for all-wheel drive vehicles. The top speed of any Ioniq 5 is limited to 185 km/h. Both modifications are Long Range, which means a battery with a capacity of 72.6 kWh.

This car is full of controversies. This crossover hatch belongs to the C-segment, but its wheelbase is too long for this class. The new Renault model is 4.21 m long, 1.6 m high and 1.77 m wide. Its wheelbase reaches 2.7 m. The Megane E-Tech was first introduced in early September. It shares a platform with the Nissan Ariya, and its style is called ‘sensual technology’ (another contradiction). The car is built on the Renault-Nissan CMF-EV modular platform, which was created specifically for electric vehicles and provides for the possibility of developing all-wheel drive cars, but the newcomer has only a front-wheel drive system. The electric Megane has two modifications. The first comes with an electric motor producing 130 hp and 250 Nm, powered by a 40 kWh battery. The driving range reaches 300 km (WLTP cycle). The second version is more powerful, it has an electric motor of 218 hp and 300 Nm, powered by 60 kWh batteries. Its driving range reaches up to 470 km. The start of sales is scheduled for February 2022. The car is not yet available in Israel.

This electric car is a relative of the Volkswagen ID.4 hatchback. The second electric car of the Czech company has been produced since September 2020. It is known that the model is comparable in size to the Kodiaq due to the length of 4,649 mm, width of 1,879 mm and height of 1,616 mm, as well as a wheelbase of 2,765 mm. The car turned out to be stylish and eye-catching. The interior is finished with recycled and eco-friendly materials.

The new Enyaq iV is not yet available in Israel. It is produced in five versions, of which three have a rear-wheel drive system and an engine with a capacity of 148, 179 or 204 hp. It is completed with a battery with a capacity of 55, 62 or 82 kWh, respectively. The driving range reaches 340, 390 or 510 km. There are also versions with an all-wheel drive system and two motors with the total output of 265 or 306 hp. There is an 82 kWh battery. The driving range reaches 460 km. Acceleration of the first version (80X) to 100 km/h occurs in 6.9 seconds, whereas the second version (RS) occurs in 6.9 seconds.

This is not another electric car, but a good old fuel-powered model. It has been produced since March 2021 as the third generation 5-door hatchback and estate bodies. The car belongs to the compact class. It is 4,367 mm long, 1,852 mm wide and 1,444 mm high. As for a powertrain, there are turbocharged gasoline engines (3 cylinders, 1.2 liters, 110 or 131 hp), diesel engines (1.5 liters, 131 hp) or plug-in hybrids based on a 1.6-liter engine and 110 hp electric motor, powered by a battery with a capacity of 12.4 kWh and an 8-speed automatic transmission. The first variant produces 150 hp, and the second version offers 180 hp. The driving range of both versions is approximately 60 km. Electric, Hybrid, Eco, Normal and Sport modes are provided. The versions with internal combustion engines come with an 8-speed automatic or manual transmission (the junior engine produces 110 hp) and a front-wheel drive system. The equipment of the new Peugeot 308 is rich and modern. There is a Drive Assist 2.0 package.

Choose the car of the year!
Ford Mustang Mach-E AT
More details

Cupra is a new brand within the VAG Group, under which SEAT (Spain) produces the ‘charged’ versions of its models. The first three models of this brand are the Ateca compact SUV, the unique Cupra Formentor SUV and the Leon Hot Hatch.
Reviews

History of one of the world's leading automobile makers, meaning of the word "Hyundai". Meet the most popular models.
Reviews

Kia. The power to surprise

Discover the story of a popular Korean brand: what does the name mean, which models are especially popular with the public, who owns it today?
Reviews

Coffee grinders and electric cars, filming and numerous titles. Discover the story of the French brand and its famous cars.
Reviews

Renault. A real passion for life

The Legion of Honor and Taxi de la Marne monument, racing, numerous awards. What are their origins? In which areas are they leaders?
Reviews

Škoda. If you want a thing well done, do it yourself

Legendary Czech brand with a century of history, which has come a long way from bicycles to iconic cars. Discover some interesting facts. 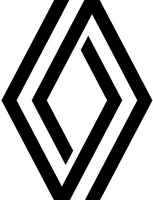 An iconic cartoon for all fans of speed and sports cars. What cars were the prototypes for all the characters from Cars?